How Adele’s Secret Can Make Your Elevator Pitch Sing 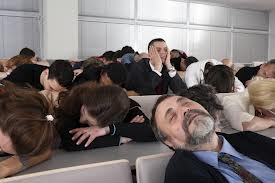 Just to let you know…

this will not be an ordinary set of tips on how to write a great elevator speech.

You’ve read enough of those in the past.

That being said,  if you’ve ever been to a networking event, a business conference, pitched an investor, or simply had someone at a party ask you, “So what do you do?”

you know that uncomfortable moment while you quickly try to respond with something brilliant and memorable about your business in 30-seconds  or less.

Why are  elevator speeches still so HORRIBLY boring and such a turnoff?

To answer this question….

I had to dig a whole lot deeper than those top 10 tip articles.

I wanted to know:

…how do you get people to hang on to your every word?

How do you entice them to want to get better acquainted and potentially open their wallets – in  30 seconds or less?

A few months ago, WWW.NPR.ORG posted an article about British Grammy winner Adele, and posed the question,

“What is it about a song like “Someone Like You” that makes it such an emotional powder keg? *

The article refers to the familiar experience of listening to a piece of music that moves us, sometimes almost (or actually to) tears.

A professor of music psychology at London’s Guildhall School of Music and Drama, John Sloboda,  investigates physical reactions to music and found that one musical treatment in particular can actually trigger such a strong emotional reaction. It’s called an appoggiatura.

Basically, appoggiatura is when musical dissonance moves into consonance. In Adele’s song “Someone Like You” appoggiatura can be heard when she sings the word ‘you’ in the chorus heard here:

How our Brains Are Wired

“Our brains are wired to pick up the music that we expect,” says Sloboda.

When Adele, as Sloboda says, “bounces around on the note “you” ….. there is a tension that is created, then released. It’s like an upset that is then resolved, and an emotional release follows.

That’s interesting but what the heck does that have to do with giving your elevator speech?

Take a look at all great speakers -they too create tension and then resolution. Look at how attentive people are in the presence of that kind of speaking.

Now, in the case of Adele, I’ll give you it’s probably as much about the outrageous timber of her voice and the passion in her lyrics creating that emotional earthquake in the song as appoggiatura but still, she grabs you with her voice.

Can you apply this mega-powerful technique to grab your listeners’ attention and keep it – even if your voice is only good enough for the shower?

Absolutely yes – and here’s how:

Say the unexpected + tap into your listeners’ emotions = listeners hanging on to your every word. tweet this!

The best elevator speech example I ever heard  was Joel Cooperman’s.  Joel is the Managing Partner of Citrin Cooperman & Co, one of the fastest growing CPA firms in the country.

Joel started his firm back in the 70’s but about 10 years ago, he decided to lead his firm into a major growth spurt. Among other things, he did some real evaluation of his own personal marketing style and approach.

He spent weeks crafting his new elevator pitch as part of this marketing renovation.

Now, when Joel is asked what he does, his elevator pitch could easily be “I’m  the Managing Partner of a 400+ person accounting firm” Many managing partners say something typical just like that.

I’m not that great an accountant. My partners are. But if you want your business to make more money I’m the guy you want to work with.

This elevator pitch rocks; let’s break it down:

Dissonance -(I’m not that great an accountant ; expresses major unexpected vulnerability and humility. You almost feel a little bad for him – tapping into your emotions)

Consonance -(My partners are great accountants)

More consonance (Want to make more money? – I’m your guy- trust me, feel confident with me, let me solve your biggest fear-based problem)

Joel’s elevator pitch has it all: 3 very short sentences, (under 140 characters in fact), saying something totally unexpected and pulling at your emotions on a couple of levels.

Joel realized something quite brilliant:

The way people’s brains are wired makes it hard for them  to hear something unless it’s different, unexpected, and hits them where they can really feel it -in their need and want place.

You can almost feel people cringing in the room.

Check out the 3 worst mistakes I hear people make in giving their elevator pitches (confession: I’ve been guilty of some of these myself):

(Malcolm Gladwell,  in his book, Outliers, mentions the term used by linquists “mitigating speech.” This term refers to an attempt to downplay or sugarcoat the meaning of what is being said.)

Very often, when people give their elevator pitch, they use downplaying words because they don’t want to promise too much, they are embarrassed to toot their own horn, or worry that they’ll look and sound arrogant.

If you mitigate your speech, you risk putting them to sleep. tweet this!

What You Should Do Now

To create an elevator pitch that GRABS their attention, doesn’t let go and ensures they’ll say, “Really? Tell me more…” use these  5 SIMPLE  tactics:

4.    Be different and disarming

What’s your best elevator pitch tip? Share it below. And if you’re brave enough, share your elevator pitch! I love promoting the good ones.